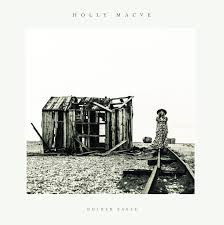 It is probably just over a year ago that I was introduced to the charms of Holly Macve by The Swede.
I was so impressed that I immediately sought out her debut album Golden Eagle on the Bella Union label
She was raised in Galway and Yorkshire but sounds like she could be from some rural backwater deep in the American swamps.
It has to be said that her voice is a bit like Marmite - you either love it or hate it. As you would expect I'm in the former camp.
It is a pretty unique voice although I can see some similarities to Paula Frazer of Tarnation fame in there.
While doing my research for this post (ie visiting the Bella Union website) I see that she has also released  a 4 track Covers EP  which is only available for streaming on Spotify.
Such are the times that we now live in