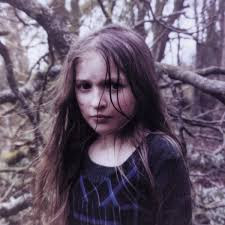 Some Honeyblood for you today from their  2016 second album  Babes Never Die on Fat Cat records.

A change in personnel from the first album with Cat Myres replacing Shona McVicar on drums alongside lead singer and guitarist Stina Tweeddale.
It was slightly more successful than the 2014 self-titled debut album this one reaching 50 in the UK charts as opposed to 99  first time round and  peaking at 16 in the Scottish charts compared to 47
No sign of the difficult third album yet.
I could be wrong but I think that Gangs refers to Oxgangs the area of Edinburgh where Stina comes from.
As a bonus you are getting the Intro track thrown in with the title track as it is difficult to work out where one ends and the other begins.