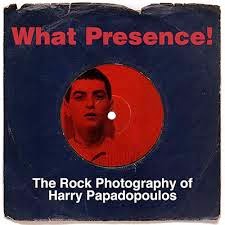 I visited Paisley Museum the other day to see the exhibition curated by Ken McCluskey on the photography of Harry Papadopoulos.
This article gives a sneak preview of some of the great photographs on display.
The exhibition has previously been shown in Glasgow but given that Harry had studied at Paisley Tech it also got a showing in Paisley.
Paisley Tech is now part of the University of the West of Scotland. I had pals who studied there and there was half price drinking in the Student's union on a Friday afternoon. This clashed with my Economics lecture but there was always only going to be one winner.
Given the location local punk bands The Fegs and XS Discharge also featured prominently.
On the way back to the station I hit the Paisley Charity Shops picking up four albums.
Coincidentally, or otherwise, two of the bands had featured in the exhibition.

The Silencers - Just Can't Be Bothered

JC - The New Vinyl Villain also posted a far more eloquent post today in his Read it in Books series
Posted by Charity Chic at 08:00