Tougher Than The Rest 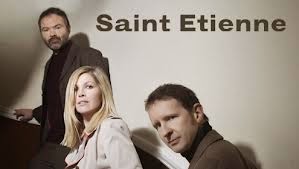 Saint Etienne are one of the many British bands from the late 80s/ early 90s who completely slipped under my radar whilst I  was immersing myself in Americana music.
They are also one of the many British bands that I am now rediscovering thanks to the blogging scene and the good taste of my esteemed colleagues on the right hand side bar.
A year or so ago I picked up Too Young Too Die -Singles 1990 -1995 in a charity shop which was a good place to start.
Last week I picked up So Tough on the Heavenly label their second album from 1993 in my local charity shop.
49p well spent.