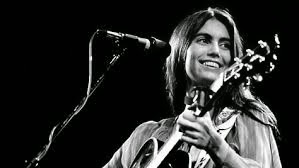 On our recent overnight trip to Blairgowrie we stopped off for a coffee on the way in the pretty wee Perthshire town of Auchterarder.
It is effectively one long street and I visited the Red Cross the only charity shop whilst Mrs CC pottered elsewhere.
I got a good haul - the previously recently featured Neil Young and Gaslight Anthem albums and a yet to feature Dr John record.
As I vacated Mrs CC was coming up the street and went in for a shifty. Rather than stand out in the cold I decided to join her.
In the two or three minutes I had been out the shop the shelf had been restocked including three Emmylou Harris albums.
We have a few Emmylou's on the CC shelves. I knew we had the live album At The Ryman but I wasn't sure about Cowgirl's Prayer or Brand New Dance.
They were only a pound each so I decided to take a punt and it turns out we didn't have either of them - result.
Even better it turns out it was buy one, get one half price so they actually only came in at 75p each - double result!

Emmylou Harris -A Ways To Go