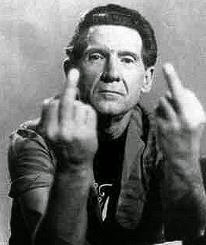 The original wild man of rock n'roll the Killer himself Mr Jerry Lee Lewis enjoyed huge success in the late 50s and early 60s on Sun Records with a string of tremendous  rock'n'roll records.
However his third marriage at the age of 22 to his 13 year old cousin was perhaps not his best career move.
There then followed a number of years in the wilderness prior to the resurrection of his career around 1968 as a country singer.
In 1968 he recorded Volumes 1 and 2 of Jerry Lee Lewis Sings the Country Music Hall of Fame Hits
I have a compilation of the Best of these two records from 1969
This contains his versions of 20 Country standards two of which are recorded with his sister Linda Gail Lewis.
His singing on these songs does not necessarily differentiate them from the originals. However, when he starts tinkling the ivories he gives them his own unique style.