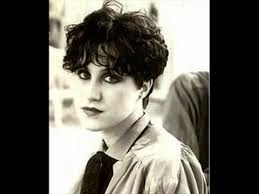 This week's offering is a Mojo CD from June 2007 Music is Love -15 Tracks that Changed the World.

15 Tracks that Changed the World.??  I shall list them

Apache Drop Out,  Cinnamon Girl,  Move it on Over,  John Hardy,  Like a Rolling Stone ,  Airbag (Radiohead  FFS - I had to look it up), Autobahn,  Strange Fruit,  Light my Fire,  I Want to Hold Your Hand,  River,  To be Young Gifted and Black,  Femme Fatale,  Free Money and Sympathy for the Devil

Some seminal songs in there I'm sure you'll agree. But 15 tracks that changed the world -Come On!!
Rather it is more of an excuse to churn out some covers of  standards.
However any excuse to feature the great Jeffrey Lee Pierce and The Gun Club and the equally great Pauline Murray and Penetration is fine by me.