If I Had a Boat 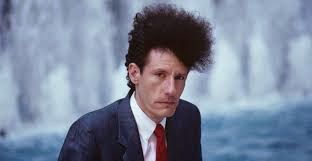 Much to my surprise the former Mr Julia Roberts, Lyle Lovett, he of the gravity defying hair above, has not previously featured on CCM before. So time to put that right.
He appeared in the mid 80's along with the likes of Steve Earle and Dwight Yoakam and got me and countless others interested in country music also  leading us to seek out their influences as you do and discovering the likes of Buck Owens, Townes Van Zandt and Lefty Frizzell to name but three.
These two songs are taken from his second album 1988's Pontiac
Thereafter he had a brief flirtation with jazz before returning back from the dark side to come up with a number of other great country records.
As well as a singer he has acted in a number of TV series and films including  Robert Altman's The Player in 1992 where he met said Ms Roberts and they were married briefly from 1993-1995 an eternity by Hollywood standards.

Lyle Lovett -If I Had a Boat