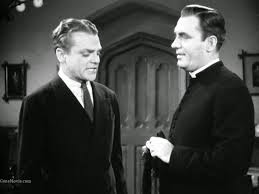 Cooking Up a Quiet Storm has just returned from a well deserved summer break and features a lovely dub mix from Walter and a country dominated compilation entitled Angel Delight from your truly.

It does not include Angels With Dirty Faces by Sham 69 as a) I don't appear to have it and b) it is probably a bit boisterous when compared with the rest of the songs.
Turns out the only Sham 69 I have is Borstal Breakout from a quaintly named punk compilation Kill All Hippies.
Whereas Jimmy Pursey was a bit of a twat and they attracted a moronic right wing following they had one or two quite good songs and I really should get around to acquiring a Best of at some stage.

More strangely this splendid song by Declan MacManus (him of the recently acquired bus pass ) does not feature partly because the brackets confused me and I wasn't sure if it just called Red Shoes but more probably because I forgot.

(The Angels Wanna Wear My) Red Shoes
Posted by Charity Chic at 08:00