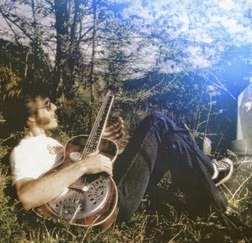 Drew and I have being having a bit of an Eddie Hinton love in recently and I thought it time to share the love with you good people.
An Alabama man Eddie was born in 1944 and was an integral part of the Muscle Shoals sound of the late 60s and early 70s  working alongside the famed Muscle Shoals Rhythm Section.
He formed songwriting partnerships first with Marlin Greene and then with Donnie Fritts with Breakfast in Bed recorded by Dusty Springfield and UB40 with Chrissie Hynde perhaps his most famous composition,
He was also a great singer and terrific guitarist as these two tracks demonstrate.
He was a great admirer of Otis Redding (who isn't?).This admiration appeared to work both ways as after Otis' death his widow Zelma asked Eddie to teach the Redding children to play guitar.
Sadly, as is often the way, he fought a losing battle with the bottle and died of a heart attack at the age of 51

He remains unique. A white boy who truly sang and played in the spirit of the great black soul artists he venerated. Jerry Wexler