An Icelandic Singer who is not Bjork 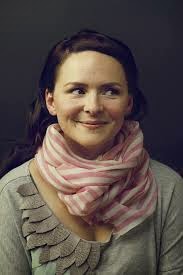 Most people, myself included would be hard pushed to name an Icelandic female singer who was not Bjork.

Ladies and gentlemen, I give you Emiliana Torrini born in Kopavoger to an Italian father and Icelandic mother.
She co-wrote Slow for Kylie's Body Language album and performed Gollum's Song in the film Lord of The Rings- The Two Towers.
She has released a number of albums since 1995 starting out on JAPIS an Icelandic label before moving onto One Little Indian then Rough Trade.
These two songs are the singles from the 1995 album Fisherman's Woman on Rough Trade.
An album described as "softly haunting" containing " shiveringly sensitive songs"and in a  quote from the Sun "each delicate note hangs in the air like a freeze-framed raindrop"
Any album that can reduce The Sun to poetry is surely worth a listen