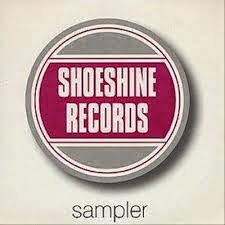 The fourteenth and final installment in the Tartan Texans and it is a bit of a catch all mishmash as we pay homage to some of those who served.
Shoeshine Records which also incorporates Spit and Polish Records is the baby of Francis McDonald of BMX Bandits and Teenage Fanclub fame.
Some great  American names have graced this label -  Steve Young, Tim Carroll, Laura Cantrell and Paul Burch & the WPA Ballclub to name but four.
The last two will feature in their own right at some stage.
However it is only fitting  that we feature some Scottish artists.
Astro Chimp were a one off Shoeshine Records outfit featuring Eugene Kelly (Vaselines, Eugenius), Gerry Love and Raymond McGinley (the Fannies) and the said Mr McDonald
Francis McDonald also features with American singer songwriter Michael Shelly as Cheeky Monkey

From a Glasgow perspective we should also recognise the contribution of the promoters who have brought some great bands to Glasgow over the years - the late Billy Kelly, Tom Hamilton of Death and Taxes promotions and Kevin Morris and the Fallen Angels Club who are still going strong.
And finally a shout out to Glen from the sadly lamented Salvation Sounds record shop in Shawlands Arcade responsible for a significant percentage of my Americana CDs and associated dent in my bank balance.

Cheeky Monkey - I Wanna Live With You
Posted by Charity Chic at 08:00