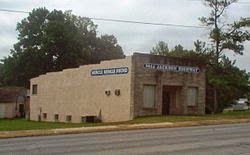 I finally got round to watching the Storyville film Muscle Shoals which was recently on BBC4 and boy what a film
The only down side being the obligatory contribution by Bono - there must be something in the BBC Charter  which means that he requires to talk bollocks over every music documentary.
Those of you who have read any of my Southern Soul Sunday posts will have heard me wittering on about FAME (Florence Alabama Musical Enterprises) studios run by the legendary Rick Hall and featuring the likes of Arthur Alexander, Otis Redding, Wilson Pickett, Aretha Frankin, Candi Staton and Etta James.
There then followed a schism with the Muscle Shoals Rhythm Section version 2 (aka The Swampers) breaking away to form the rival Muscle Shoals Sound Studio where the Rolling Stones, Bob Dylan, Paul Simon and  Elkie Brooks (a 27 Leggies favourite) amongst others have recorded.
So it was  not all soul that originated from there and here is the proof with the first track coming out of FAME and the second from the Muscle Shoals Sound Studio.

It is pretty staggering that a small town of around 12000 people on the banks of the Tennessee River in Alabama has been the birthplace of much of the best music  produced in the 60s and 70s (and the Osmonds).
One crucial factor was probably the mix of black and white musicians at a time when Alabama under George Wallace was one of the most racially segregated states in America.

I want to go to Muscle Shoals, although I suspect I may be slightly disappointed.

The Osmonds -One Bad Apple