I Was Born on Coercion Street 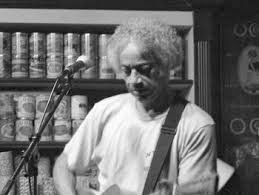 Coercion Street on Black and Tan records in 2004 was the only record ever released by Ernie Payne
The link to his website pretty much details all there is to know about Ernie.Although as he put it "anything you want to know about me is in the music".
He is one of those artists who plodded away over the years and enjoyed a modicum of success in their later years.
Genres are often not always helpful and you can hear elements of blues, soul and gospel in his work.
I first heard of him through the Andy Kershaw show and rushed out and got Coercion Street pretty much as soon as he began to feature .This may have been around the time that Andy was being gradually pushed out of the BBC with his programme being moved to late Sunday night on Radio 3 leading to me for one having to tune in to Radio 3 for the first time ever and leading to  regular Radio 3 listeners hearing stuff I would imagine they had never encountered before or since.
I saw Ernie play  to about 50 folk in a backroom of Laurie's bar in King Street, Glasgow and he was spell binding.
I didn't realise until I came to do this piece that he sadly passed on in 2007