Bring it All Home 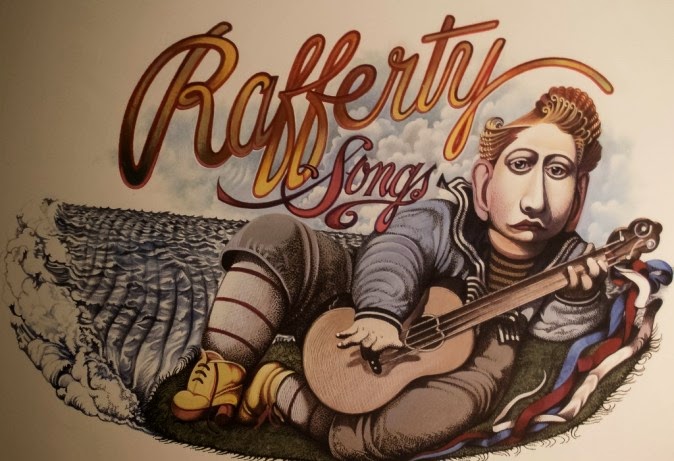 We went to Paisley yesterday  to see Bring it All Home an exhibition in Paisley Museum featuring the music of Paisley Buddie Gerry Rafferty and the artwork of his fellow Buddie John Byrne.
And very good it was too - it gives the story of Gerry's career covering his work with the Humblebums
( with Billy Connelly),  Stealers Wheel and his work as a solo artist.Worth checking out if you are in the Paisley area any time up to the 18th of May.
Painted guitars, gold discs and original copies of lyrics all on display  together with many examples of John Byrne's great art work - splendid stuff!
I discovered that he had produced Letter from America by the Proclaimers something I was previously unaware of.
Mrs CC was quite taken with a couple of enthusiastic elderly musos who were obviously well impressed judging by such comments as " a genius, much better than Lennon and McCartney!"
And as an added bonus a quick trawl of the plethora of Paisley charity shops yielded a copy of Police and Thieves by Junior Murvin.
So a good day all round