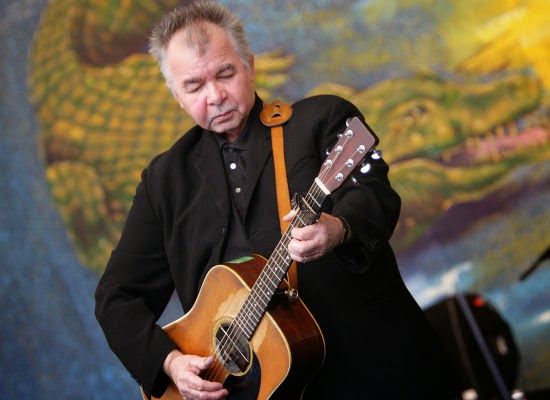 John Prine is one of these artists that I had heard of as opposed to actually having heard until we acquired free tickets to see him at Glasgow's Royal Concert Hall a couple of years ago.
He was extremely late coming on stage and the audience were becoming increasingly restless.
When he eventually did come on he was extremely apologetic and produced a concert of absolutely awesome brilliance.
This led me to exploring his back catalogue in some detail.
He is a fantastic songwriter and it turns out I was already familiar with many of his songs including Angel from Montgomery, Sam Stone and Speed of the Sound of Loneliness.
Here are two covers of the latter.
First up are Alabama 3 from their excellent debut album Exile on Coldharbour Lane from before Woke Up This Morning became the Sopranos theme song and they began to rest on their laurels  becoming increasingly complacent and lazy.
Next up is Nanci Griffith an artist who for some reason is absolutely massive in Glasgow selling out on the many occasions she appears.

Alabama 3 - Speed of the Sound of Loneliness

Nanci Griffith -Speed of the Sound of Loneliness
Posted by Charity Chic at 08:00