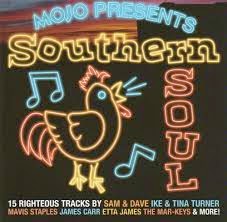 We are back to an album again this week as opposed to an individual artist.
And to another Mojo freebie  at that this time from May 2005.
Another compilation CD free with a magazine that you wouldn't hesitate paying good money for.
Many of the artists featured  have already graced this series so we will go with two who haven't.
James Milton Campbell Jr was better known as Little Milton. His music crossed that often artificial barrier between blues and soul.
You won't be disappointed to note,therefore, that he will also feature in the Blues Collection series once randomly selected.
Richard Dunbar and Jimmy Diggs recorded as The Knight Brothers with this magnificent song from 1965 being their most successful hit.
This is a good wee starter album and well worth picking up from a charity shop were many Mojo and Uncut albums ultimately end up

The Knight Brothers - Temptation 'Bout To Get Me
Posted by Charity Chic at 08:00