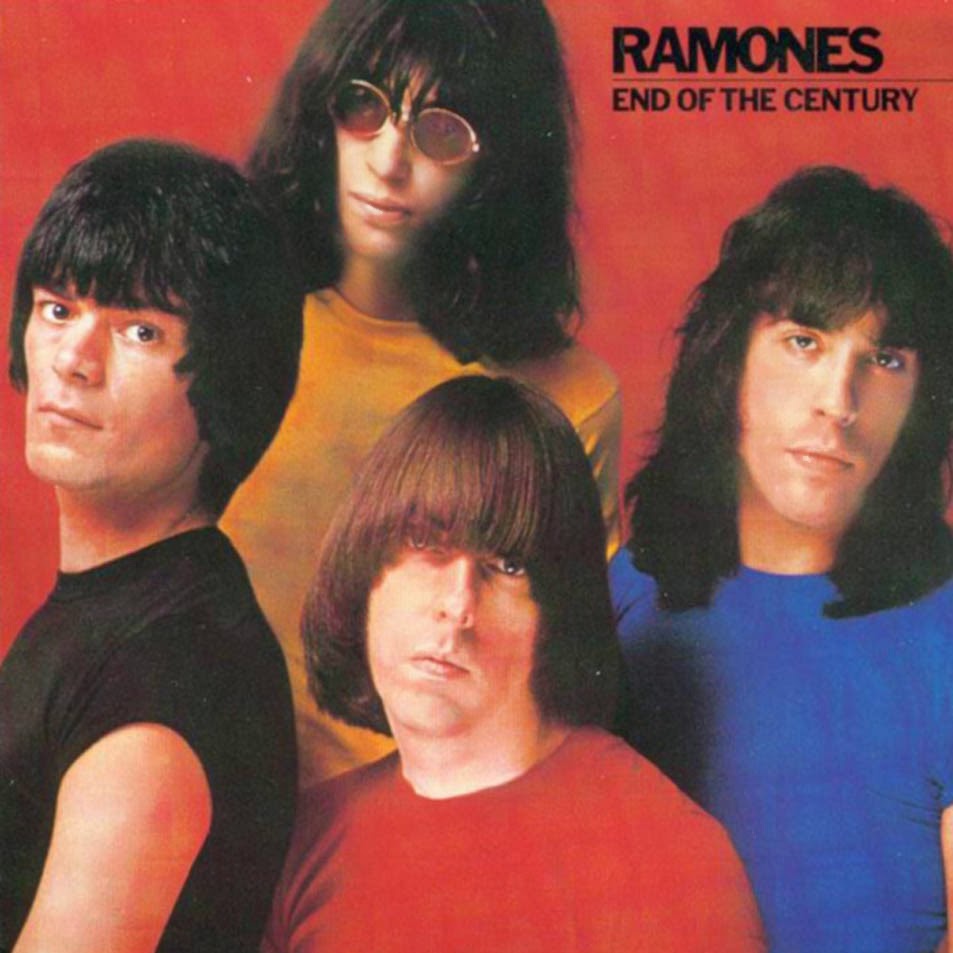 What happened when the slightly deranged genius that was Phil Spector met the slightly deranged geniuses that were the Ramones?
1980's End of the Century that's what!
Spector had long expressed an interest in producing the Ramones and finally got the chance on this their 5th studio album.
Their previous four albums had been made on a shoestring  and with relatively poor production.
Not a chance of either of these facts occurring when The Wall of Sound Man was behind the desk.
Hardly surprisingly there was a  degree of tension at times between the band and the producer.During one recording session Spector allegedly held Dee Dee at gunpoint forcing him to repeatedly play a riff. A portent, perhaps, of things to come.
The end result was a more commercial and poppy sound than the punkier stuff that had gone before as you would expect with the hand of Spector involved.
It received mixed reviews with many welcoming this change of direction with others not quite so happy.
I'm in the former camp - I think it is a great album with many great songs including the two featured.
As with all Ramones albums it did not trouble the upper echelons of the charts peaking at number 14 in Britain and 44 in the States.

Ramones - Do You Remember Rock'n'Roll Radio?

Ramones - Baby,I Love You
Posted by Charity Chic at 08:00