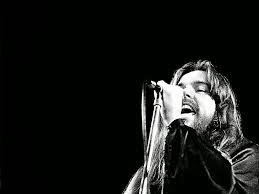 Friday night is AOR night on Charity Chic Music courtesy of Bob Seger and the Silver Bullet Band.
Or as the tax dodging on line encyclopedia would have it Heartland Rock.
I recently purchased Against the Wind  released on Capitol in 1980.
It seems that I was not the only one as it was his one and only number 1 in the American Billboard 200 selling 5 million plus in the US alone.
In my defence I got it for a pound.
The Muscle Shoals Rhythm Section feature on a good few of the tracks but not on the two I have selected. Here it is the Silver Bullet Band who do the honours.
These are by far the two rockiest tracks on the album.
Indeed I would argue that, in parts, the first one would not be out of place in Swiss Adam's rockabilly series.
Others of course may beg to differ.
Take it away Bob.