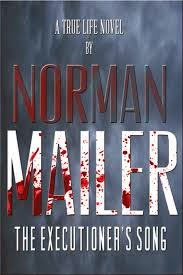 Gary Gilmore became the first person in ten years to be executed in the United States on 17th January 1976 when he was executed by firing squad in the state of Utah for having committed two murders.
Gilmore's story was told over several hundred pages in Norman Mailer's Pulitzer prize winning The Executioner's Song from 1979 - a book everyone should read.

TV Smith from The Adverts chose to tell the story in 2 minutes and 17 seconds focussing on Gilmore's wish that his eyes be donated to science after his execution and the imaginary impact of same.
Branded the "sickest and cleverest record to come out of new wave" which is really saying something.
The One Chord Wonders' finest moment.

The Adverts - One Chord Wonders
Posted by Charity Chic at 08:53