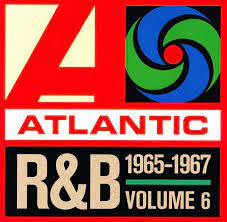 A trip to Missing Records last summer saw me acquiring Volumes 5 to 8 from this magnificent series to accompany Volumes 3 and 4 which I picked up in a charity shop earlier in the year. I've had Volume 1 for ages so only Volume 2 to go.

I'm featuring them chronologically (except for Vol 2 obviously)  and it is now the turn of Volume 6. The short time period, compared to other volumes, of 1965 -1967 reflects that this was indeed the golden days of soul.

A look at the tracklist shows that many of the true legends put in an appearance with classic songs that are still played today. Aretha, Otis Joe Tex, Sam &Dave, Wilson Pickett, etc,etc. This is as good as it gets.

The vast majority of the artists have graced these pages before and you will be familiar with the songs so I have decided to focus on some of the lesser known names.

Wilson Turbinton  a keyboard player and singer songwriter from New Orleans was better known as Willie Tee and briefly recorded with Atlantic.

The Capitols were a Detroit based trio with Cool Jerk being their best known song.

Jimmy Hughes was a cousin of Percy Sledge and an important part of the Muscle Shoals scene particularly with his song Steal Away. On the back of Percy Sledge's success he had a brief stay at Atlantic prior to moving on to Stax. He quit music around 1970 and is still going strong at the age of 83.