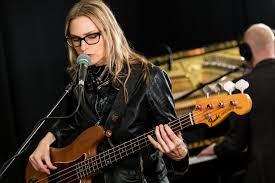 Aimee
The third instalment of Amys with alternative spellings permissable.
We start with Weegie favourite Bishopbriggs girl Amy MacDonald.She shot to fame in 2007 with her debut album Is This the Life and has since released another 4 albums. I'm not sure how big she is elsewhere in the UK but remains huge in Glasgow with her concerts being held in the Hydro, the city's largest venue. She also pops up in Glasgow charity shops pretty often
I don't have much information about Amy Cook other than she is 42 (shortly about to become 43) and is a singer songwriter from Austin, Texas and has opened for Alejandro Escovedo and Lucinda Williams.
Aimee Mann surely needs no introduction. An artist who has been releasing albums since she was part of Til Tuesday in the 80's and  much admired by Rol and George among others. She used to get a bit sniffy when her songs popped up in blogs but given today's streaming climate I'm sure she has bigger fish to fry.
I thought that this was it but I've got another couple who I will sneak in next week
Amy MacDonald -Mr Rock'n'Roll
Amy Cook - I Wanna Be Your Marianne
Aimee Mann - Real Bad News
Posted by Charity Chic at 08:00