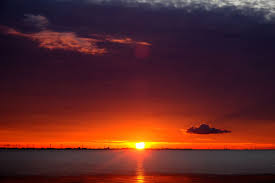 I was at a gig on Satuday night (more of which later) when the DJ who was playing prior to the bands coming on played a song which included the lyrics:

Sundown, you better take careIf I find you been creeping 'round my back stairs

A quick google told me that it was a song called Sundown by Gordon Lightfoot and what a terrific song it is.This then got me searching to see if I had any other songs with Sundown in the title and I managed to come up with four more crackers.

The first is taken from Bruce Springsteen's opus and return to form Western Skies. The Boss is followed by Scott Hirsch, a founder member of Hiss Golden Messenger, and a solo artist in his own wright. Sundown Highway is taken from his 2016 album Blue Rider Songs which is available at bandcamp

Then we have the fabulously named Halo Benders who are a side project of Calvin Johnson of Beat Happening and Doug Marsch of Built to Spill. Lonesome Sundown is available on their 1998 album The Rebels Not In.

And finally George would never forgive me if I didn't include Carl and Pearl Butler.

I should do this sort of thing more often