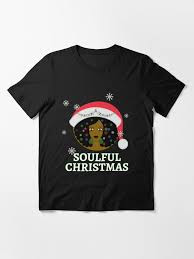 It's time to get a wee bit soulful for Christmas.

I've spent three Christmasses away from home - two working as a waiter in North Berwick and Aviemore and one on a kibbutz in Israel. Fortunately I have never had to spend one in a trench in Vietnam. Here are Johnny & Jon with a song from one of the greatest Kent compilations A Soldier's Sad Story - Vietnam Through the Eyes of Black America 1966-73. If you don't have this already then invest some of your Christmas money on it.

Next up is the late great Sharon Jones with the Dap - Kings reminiscing about Christmas in the projects.

In the 1960's and 70's the Salem Travelers  from Chicago were known for soulful harmonies that provided commentary on the troubles of the world. Finally another  Chicago band The Emotions ask us to spare a thought for the lonely at Christmas. I bit like Mud but more tuneful.

Have a Soulful Christmas

The Salem Travelers - Merry Christmas to You

The Emotions - What Do the Lonely Do at Christmas