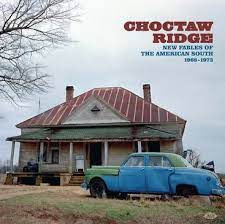 I've not got round to doing an end of year list of my favourite record despite having bought more records this year than for a long time.

That may part of the problem. There are some old ones from when I took advantage of the HMV 2 for £30 on line sale to fill in some of the gaps in my collection primarily David Bowie and the Talking Heads.

There have been a good few on pre- order and it can be hard to remember if they pitched up this year or last year -the lies of Dropkick,  the Bluebells  and the Strum and Thrum compilation fall into this category.

Six Road Ends by the Gracious Losers is my LNFG record of the year with shout outs to Hadda Be, Mark Georgsson, Wojtek the Bear and the Muldoons (from last year but purchased this year).

New to me names include Curse of Lono. Thanks to John Medd for the heads up for that one

Strum and Thrum was from last year but again not acquired until this year. Therefore the prize for compilation of the year goes to Choctaw Ridge - New Fables of the American South 1968 -1973 Curated by Bob Stanley and Martin Green it is on the the mighty Ace label which is always a sign of quality

You will be familiar with many of the artists and some of the 24 tracks but it is still worth it for the obscure tracks everyone of which is a gem. Hell, it's worth it just to have Harlan County on vinyl!

Hoyt Axton - Way Before the Time of Towns