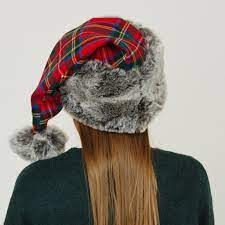 In the comments on yesterday's post George asked if I was going to do a Country Christmas post. The answer was yes but I didn't specify which country!

Being a dour presbyterian country Scotland, the land of my birth and where I reside, didn't recognise Christmas Day as a  Public Holiday until 1958.This bah humbug stance is reflected in some of the Christmas music.

As you would expect from a band who released a song called I Hate Scotland the Edinburgh band Ballboy come up with the cheery Merry Christmas to the Drunks. I read somewhere that they were recording again which is good news.

A few months ago I compiled a list of songs with Scottish towns and cities in the title with a view to a potential series.The Fife town of Kirkaldy was not on that list.Another Edinburgh band Meursault have rectified that.

In Drew's absence I give you Selkirk's finest Frightened Rabbit with It's Christmas So We'll Stop.   Drew has indicated that he may be blogging again soon which is also very good news.

Finally we step back in time and feature the late great Alex Harvey with a song with an impressively long title.

Ballboy - Merry Christmas to the Drunks