Nothing to C Here 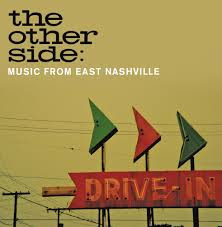 Being a man of my word I thought  I should honour that statement. This is until I hit a snag.

Claire Small is a Nashville gal with the song Rewind being taken from her 2006 album Ledger. No more information I'm afraid.There was a web reference but it no longer exists

Chely Wright has enjoyed greater success although she seems to be best known as the first commercial country music singer to come out as gay. No big deal now I suspect but it seems to have been at the time.

Now is the snag time Casey Driessen is an acclaimed fiddle player  who has played with Tim O'Brien, Darrell Scott and Steve Earle's Blusegrass Dukes. However, Casey is a he as opposed to  a she . In my defence the tune is an instrumental The Confusion Before Dreams, confusion being the operative word for this post.

Chely Wright - Wish Me Away

Casey Driessen - The Confusion Before Dreams

Circus Dog Serende - Nothing Is