The Bard of Barking 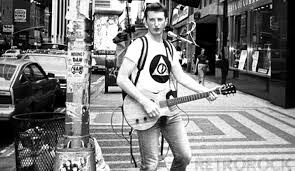 It is reassuring in these troubling times to turn to a constant pressence over the past 40 or so years.

To quote Wiki Billy Bragg's  music blends elements of folk music, punk rock and protest songs, with lyrics that mostly span political or romantic themes. His music is heavily centred on bringing about change and involving the younger generation in activist causes.

We could do with more like him .From 1983’s Life’a Riot with Spy vs Spy onwards he has never been afraid to speak his mind and to highlight inequalities and political shenanagins. Like most of us he has probably mellowed from the angry young man but he still has a sense of right and wrong as well as right and left

Here are three from various periods of his illustrious career all as pertinent now as when they were written.

Billy Bragg - There Will Be a Reckoning