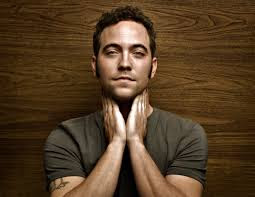 No Never Alone is the 2004 debut album by Canadian singer songwriter Justin Rutledge. According to the internet it was put out on Six Shooter Records although my copy appears to be from Shady Lane Records.
Credited to Justin Rutledge and the Junction Forty it received clinical acclaim in the UK with comparisons being made with Ryan Adams.
I saw him live around then and he then slipped off my radar.
He is still on the go with another six albums under his belt.

Having just given this one it's first listen in a while I feel that I should probably check out some more of his stuff.

Justin Rutledge and the Junction Forty - Too Sober To Sleep

Justin Rutledge and the Junction Forty - 1855
Posted by Charity Chic at 08:00