If You're Feeling Sinister 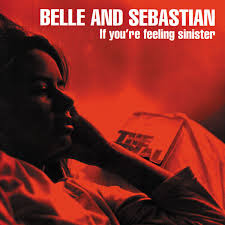 I thought that I had featured more of indie favourites Belle and Sebastian than I actually have.
I also thought that I had featured this album and the title track before (I have however featured The Stars of Track and Field in a themed post).
It seems that I was wrong there.
From 1996  (22 years ago for goodness sake) on the Jeepster label this was their second album and the one which shot them to fame.

Belle and Sebastian - If You're Feeling Sinister

Belle and Sebastian - Me and the Major
Posted by Charity Chic at 08:00