Ended Up A Stranger 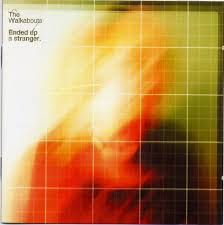 The recent charity shop acquisition Ended Up a Stranger is the 4th of the 14th studio albums released by The Walkabouts to grace the shelves.
I think it may be a promo as there is a sticker advising that the release date will be 29th October 2001.
It lists some recommended tracks (the first featured here being one) and handily lists the songs which contain swearing (so you don't have to go looking for them).
It also gives a quote from Q Magazine  advising that since 1984 The Walkabouts have been making music with a graceful, epic sweep as big as the heavens.
I've just read that they finally hung up their boots in 2015.
They never did anything  that came remotely close to their album Satisfied Mind (the greatest covers album of all time) but this one, on the Glitterhouse label, is another enjoyable outing by Carla Torgerson, Chris Eckman and the gang.

The Walkabouts - Cul-de-Sac
Posted by Charity Chic at 08:00