Let's Here It For The Girls 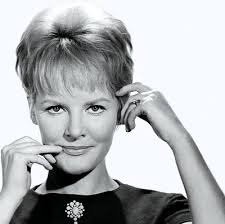 Pottering about at my mother's the other day I came across a CD Let's Hear It For The Girls.
A compilation of girl groups and female singers on the Crimson label which I suspect was advertised on the telly with most of the sales being through supermarkets.
It was one that I thought I should "borrow"
Classic girl groups such as The Shirelles ,The Shiffons and The Shangri- Las feature but that's for another day as I have decided to concentrate on UK 60's singers today.
From 1964 we have Downtown the classic song by Petula Clark written by Tony Hatch a number one in the States and a number 2 in the UK.
Sandie Shaw has appeared before on CCM with a truly awful version of Sympathy For the Devil. Today she makes amends.
Dusty is no stranger to CCM or to others in this corner of the blogosphere. Indeed recently as someone wrote (it may even have been me) You can never have enough Dusty

Sandie Shaw - (There's) Always Something There to Remind Me

Dusty Springfield - I Only Want to Be With You