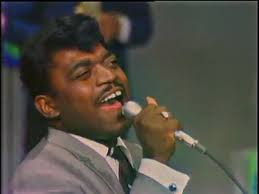 When Percy Sledge died last April it highlighted to me that I should own more of his music than the meagre amount that I currently have.
I took a very small step towards this the other week when I purchased a copy of his single Cover Me in a record shop in Dunbar, East Lothian (more of which in a later post).
It is the Marlin Greene and Eddie Hinton song Cover Me. You will all be delighted to know that I also have the Bruce Springsteen song of the same name which I may subject you to if you don't behave.

According to the sleeve the b-side consists of  Dan Penn and Spooner Oldham's You Tear Me Up and Chips Moman and Dan Penn's Dark Side of the Street.
However it is not Dark Side which is on the record but Eddie Hinton and Donnie Fritts' You're All Around Me
I can live with this as I have Percy's version of Dark Side of the Street along with 15 other versions  copied onto a CD. Pretty good but obviously not in the same league as James Carr.Also You're All Around Me  is pretty tasty.

Percy Sledge - It Tears Me Up

Percy Sledge - You're All Around Me