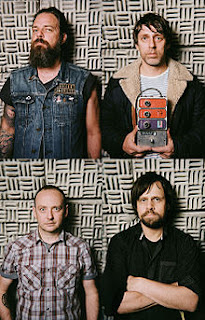 My CD single of God Gave Me Gravity by Cable must rank as one of the most unusual  ones in my collection.
It is a clear disc and some feathers and pebbles are contained within the jewel case.
I suspect that I got it for the novelty value as opposed to anything else but actually it is not bad at all.

A bit of research tells me that they were from Derby and that they were active from 1992-1999. God Gave Me Gravity is from 1997. At one point they went from being Cable to cable.

One of the feathers has just escaped.