No Elvis, Beatles or The Rolling Stones 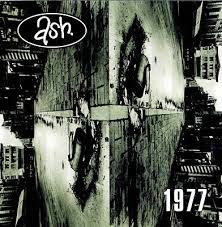 I've been meaning to post something from 1977 the 1996 debut album from Ash  for ages so here goes.
Two stonking thrashy songs.
The album is so named to commemorate the birth of two members of the band (FFS!). the release of the first Star Wars film and also of the first punk albums.

The latter was most firmly in my mind given that as soon as I thought 1977 I found myself shouting No Elvis, Beatles or The Rolling Stones - as you do

Total coincidence but today happens to be Ash Wednesday!
Posted by Charity Chic at 08:00