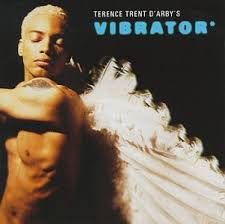 However, as always, there are  Undeniably a couple of gems in there as these two songs clearly demonstrate.
His last album before being released by Columbia in 1996 and his subsequent reincarnation as Sananda Maitreya in 2001.

I'm off to lie in a darkened room.

Terence Trent D'Arby - Holding On To You