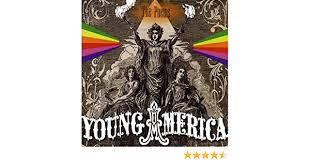 The album was originally released on CD back in 2006 and I can remember Drew  contacting Bobby Bluebell (who appears on the album) on Twitter on  a number of occassions to ask if and when the album was coming out on vinyl.

Rough Trade writes Originally released on CD in 2006. (Has it really been 15 years?) The Poems were Robert Hodgens (the Bluebells), Bobby Paterson, Adrian Barry, Kerry Polwart (Karine's wee sister), RossMcFarlane and Andy May.

Alarm magazine is complimentary comparing them to the Go-Betweens. I can also hear shades of Motorcycle Boy in places.

I bought it on spec having not heard any of the songs but having read and heard universal praise and I'm really glad I did as it is an absolute belter. You should do so too.

The Poems -Sometimes, Somewhere, Someone Shoul Say Something