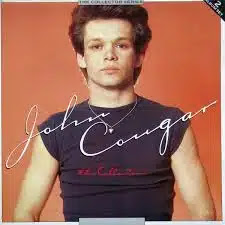 I have never knowingly heard anything else by him so I thought that a punt of 50p for a cheap and cheerful CD called the Collection in the BRICC shop in Ballantrae was in order.

Although the CD on Castle is from 1986  (probably on the the back of Jack and Diane) it seems to concentrate on the mid 70's when he was starting out and being billed as John Cougar as opposed to John Mellencamp or even John "Cougar " Mellencamp.

It's pretty basic stuff including a number of covers and what I would describe as Springsteen lite attempts at stadium anthems. Oh, and a bit of patriotism thrown in for good measure.