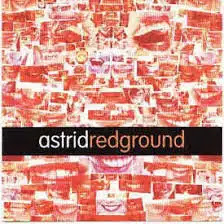 2021 Charity Shop Purchases 54 - Astid - Redground (CD Single)
While waiting to get a puncture repaired we popped into the Kinder Handel charity shop on Glasgow's Battlefield Road for a browse.
They had hundereds of CDs and some pretty expensive vinyl. Despite the numbers on display I was hard pressed to come away with anything but fear not I persevered.
I came away with another Blues Collection CD and a CD single and EP by Astrid who were a Glasgow band with strong links to the Isle of Lewis and active from 1997 to 2004. See here for more blurb
Redground appears to be a 1999 single taken from their debut album Strange Weather Recently (ain't that a fact - we have been having torrential rain in Glasgow and indeed went into the shop to avoid yet another heavy shower). The lead track is produced by Edwyn Collins with the other two being produced by Kenny McDonald and it is on the Fantastic Plastic label.