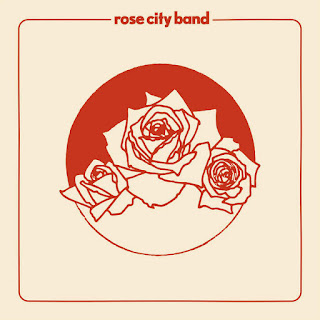 I got a few records for my birthday. Most of them were new or relatively new and so will feature here in due course.
One I got was Earth Trip the 3rd album by Rose City Band, the country-tinged side project of Ripley Johnson of Wooden Shjips and Moon Due fame on Thrill Jockey
I also took the opportunity to acquire his/their  self -titled first album from 2019 which I missed out on at the time. They now join the second album Summerlong on the shelves.
Given that the prolific Mr Johnson has released a further two in rapid succession I thought it would be in order to share something from the first one with you.
I'm happy to report that Earth Trip  is every bit as good as its predecessors and that it is ideal  relaxing and extremely laid back summer music.
Rose City Band - Rip City
Posted by Charity Chic at 08:00