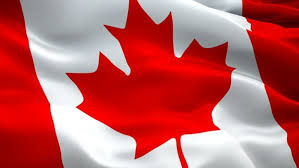 When I featured the Canadian band Destroyer on my recent Oh! You Pretty Things post in the comments section our dear friend Brian pointed out that  their front man Dan Bejar had also been a member of the band The New Pornographers.

This was a piece of information that I was totally oblivious too but it got me thinking about other Canadian artists. I shall leave out the obvious ones such as Neil Young, Joni Mitchell, Leonard Cohen and Shania Twain.

Today I am going to feature some male Alt Country artist who hail from Canada. I've gone for that term as oposed to Americana for fairly obvious reasons.

Lets start with fellow New Pornographer A.C. Newman who also enjoyed a solo career and  who was also a member of two bands that I am not familiar with namely Superconductor and Zumpano.The initials A.C. refer to Allan Carl. The song Miracle Drug is the opening track from his 2004 debut solo album The Slow Wonder on Matador/Last Gang.

For the second act I'vegone for Toronto based Justin Rutledge  again with an opening track Too Sober to Sleep  from his debut album from the 2004 album No Never Alone on Six Shooter Records.

Fred Eaglesmith is a more established artist having released records since 1980 and having songs covered by the likes of Kasey Chambers and the Cowboy Junkies. The only album of his that I have is the wonderful Falling Stars and Broken Hearts from 2002 on A Major Label.

I shall return in due course with some female artists and bands from Canada.

Justin Rutledge - Too Sober to Sleep