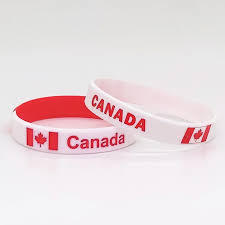 The final instalment of this mini-series sees us concentrating on the Bands of Canada.
Fans of Rush, Nickleback, Barenaked Ladies, Bachman- Turner Overdrive and the Band can look away now.
We do however start with one of the bands featured in the OLM Top 10 namely Arcade Fire. I have their first three albums but I must admit that it has been a wee while since I have listened to any of them. For me Keep the Car Running from Neon Bible is probably the pick of the bunch.
Great Lake Swimmers were a band I saw in Glasgow's Admiral Bar when we went primarily to see the support act Will Johnson. I was impressed enough to pick up their 2007 album Ongiara
The Cash Brothers were an act that I have seen in both Glasgow and Austin. How Was Tomorrow featured on my 50 Americana Albums to hear Before You Die However this time round I have gone for a song from the 2003 follow up album A Brand New Light on the Zoe label.
Finally, George would never forgive me if I didn't feature something by the Be Good Tanyas
Arcade Fire - Keep The Car Running
Great Lake Swimmers - Backstage With The Modern Dancers
Cash Brothers - Tilsonburg
Be Good Tanyas -The Littlist Birds
Posted by Charity Chic at 08:00