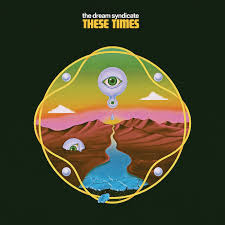 I first came across Steve Wynn during his Americana days of the late 90s/early 00's and he fairly quickly became a firm favourite. A couple of his concerts with the Miracle 3 live long in the memory.

This led me to exploring his work with The Dream Syndicate both past and present. I first heard the song Still Here Now on a Mojo compilation called Ragged Glories. This in turn led my picking up the 2019 album These Times which is on the Anti label.

That's how these things work folks

An excellent way to kick start your weekend

The Dream Syndicate - Put Some Mile On