Friday Night with the Reverend 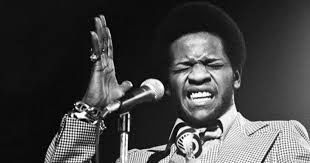 I was flicking through the hard drive looking for some inspiration when I stumbled across some songs by Al Green.

The very job I though. A quick search through the back pages showed that he has appeared here before on a couple of occassions but only fleetingly and not with these songs.

Still with us at the age of 74 he is sometimes referred to as  the last of the great Soul Singers. I'm sure someone will pop up to dispute that claim but there is no arguing that he is Premier League material.

For a man of the cloth he has certainly been involved in some scrapes in the past including a incident in 1974 when his girlfriend at the time threw a pot of grits over him before shooting herself. If there is not a country song out there with a similar story I will be very much surprised.

Al Green - How Can You Mend a Broken Heart