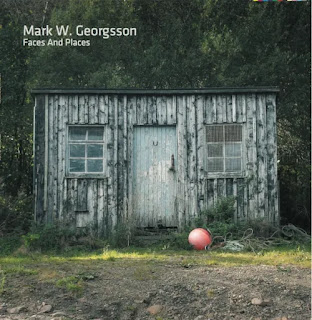 Comes a Time an EP from Coatbridge singer songwriter Mark W Georgsson is currently winging its way to me from Last Night From Glasgow.

If it is half as good as his 2017 album Faces and Places then I'm in for a treat. An album released before I joined LNFG but one which I managed to pick up in one of their sales.

As the LNFG website says it combines Celtic and Nordic vibes into the realms of Country , Alternative Folk and Americana

Produced by Rod Jones of Idlewild fame it was recorded between Edinburgh ,Mull and Reykjavik.

The Ballad of the Nearly Man single (featuring Katie McArthur) was the first record ever released by LNFG in 2016. On the b-side there is a beautiful Icelandic version by his friends Sigridur Thorlacius and Arnur Gudjonsson (with apologies for my inability to apply accents  and joined up letters)

Mark W. Georgsson - The Ballad of the Nearly Man