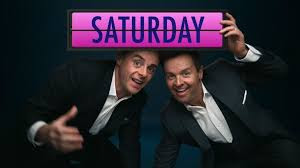 And now then end is near  and so I face the final curtain.

I've managed to stretch a post from nothing to a series lasting eight weeks. Time to bail out before we start scraping the barrel. It's final four time.

Let's start with a relatively new song. Caitlin Harnett & the Pony Boys are a gothic Americana band from Australia who came to my attention via George. The Guardian says of Caitlin her voice is like Mazzy Star's Hope Sandival was jerked out of a long sleep. A track from their recent album Late Night Essentials.

I don't think that the late great Marc Bolan's voice has ever been compared to Hope Sandival or anyone else for that matter. He was truly unique. Taken from the T-Rex album Messing With The Mystics (Unissued Songs 1972 -1977)

It's not four in the morning yet but Faron Young has got Five Dollars and it's Saturday Night. From the days when five dollars would guarantee a good night out.

We finish this series with a Glasgow band The Blue Nile that I am not a fan of. Requested by Brian  and who am I to deny the great man?

I'm off now to think of something for next Saturday

Faron Young - I've Got Five Dollars and it's Saturday Night