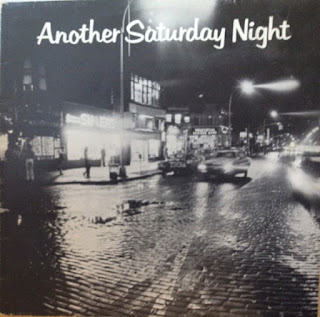 The picture above is of a compilation album from 1973 which I don't have and didn't know existed until now.

It is named thus as it contains a cover of the Sam Cooke song with the same name by Clint Hill.I've featured another cover of this by Cat Stevens but I figured that it was about time to give you the original, and best, version

Earth, Wind and Fire get points off for spelling. On that basis I swithered as to whether to include it but I'm well beyond the fussy stage.

The by now almost obligatory country offering comes courtesy of BR5-49 with the final track from their excellent eponymous debut album.

Finally, we lower the mood several notches with Ol' Blue Eyes himself who is joined by Axel Stordahl and his Orchestra for Saturday Night is the Loneliest Night of the Week.

Not at CCM it ain't (think that may be a double negative, which makes it a positive)

Frank Sinatra -Saturday Night is the Loneliest Night of the Week