Moments From This Theatre 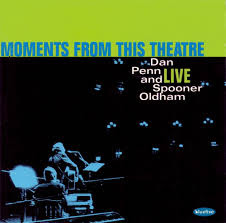 I've featured this before but playing it over the weekend reminded me as what a brilliant album this is.

From 1999 on the Proper label  Moments from This Theatre contains live versions recorded during a tour of the UK and Ireland  of some of the many classics written by the Southern Soul legends that are Dan Penn and Spooner Oldham. These are the men who were involved in writing such classics as "Cry Like a Baby," "Sweet Inspiration," "Do Right Woman, Do Right Man," "The Dark End of the Street," and "I'm Your Puppet."

No Depression called the LP "a master class with two great soul men". 'Moments 'gives music lovers the opportunity to hear the hits stripped down to their essentials, with nothing but Penn's deeply soulful vocals and acoustic guitar and Oldham's Wurlitzer and occasional singing.

To look at them you would never guess that they are absolute legends particularly if Dan is wearing his trademark dungarees.

I had the privilege of seeing them play at the Arches in Glasgow a night that will live long in the mind.

If you don't already have this album you can pick it up for around a fiver  and I stringly recommend that you do. You will not regret in and you can thank me later.

Dan Penn & Spooner Oldham -It Tears Me Up