Covers 20. Dionne Warwick does The Beatles 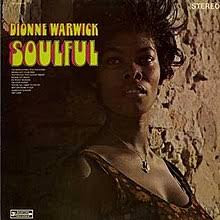 The idea for this series came from Ernie at 27Leggies. He posted a country version of today’s song. As for today’s version it appears that Whitney Houston’s cousin wanted a change in musical style, from delivering Bacharach-David songs to something more southern soul-like. Not that there’s much wrong with her earlier material. But sometimes people need a change. The “Soulful” album was produced by Chips Moman, who knows a thing or two about matters soul-related. (indeed ... Ed)

Time for a completely preposterous version. Ever heard A Hard Day’s Night covered in the style of Iron Maiden?  Well, I hope the file below allows you to watch a video:

If that does not work, here’s the original youtube video: scroll exactly 3 minutes into the clip and you will hear “Portugal Metal Gods” Tarantula  performing:


That’s all. Another one next week.