50 Americana Albums You Should Hear Before You Die - Anytime Tomorrow 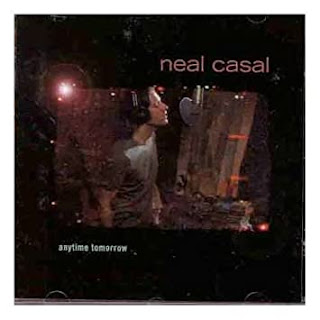 Sadly I featured this artist and songs from this album towards the end of August last year. I say sadly as Neal Casal had just taken his own life at the age of 50.
He left behind a great legacy of music.
The pick of the bunch for me is 2000's Anytime Tomorrow his sixth solo album and his last on Glitterhouse the great record label from Beverungen in Germany.
This was followed by an extensive European tour in 1991 where I saw him in thr 13th Note Club in Glasgow on 29th January paying £8 for the privilege.I saw him again at King Tuts in October 2004 when the price was £10 - ticken number 12. I also saw him playing guitar once as part of Lucinda Williams' band.

Neal Casal - No One Above You